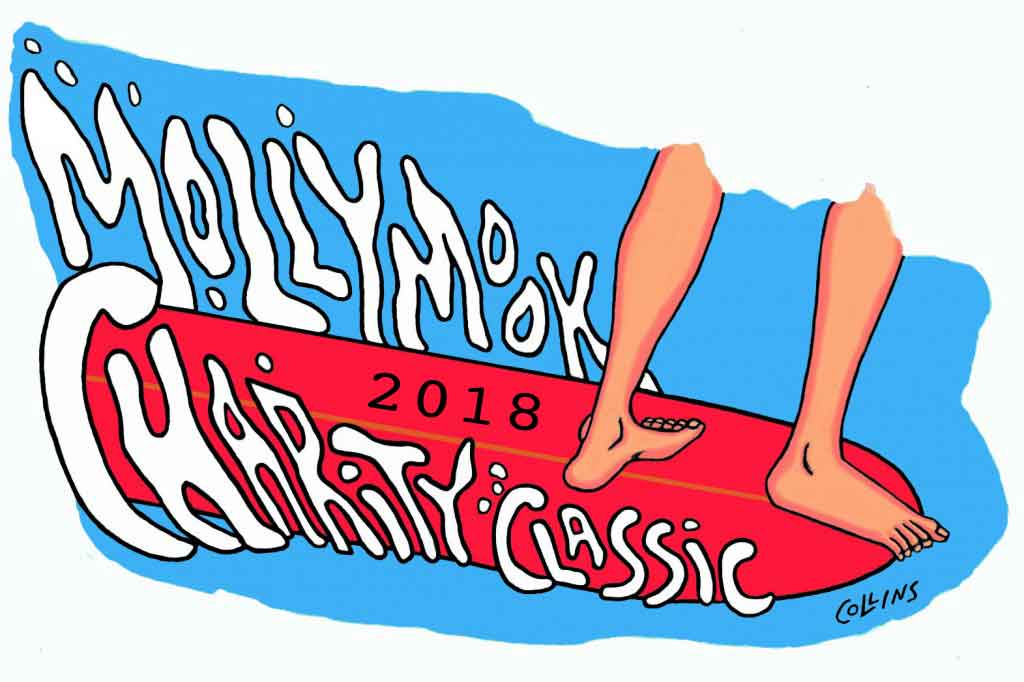 The club was formed after discussions began amongst a group of local longboarders in  2002. The primary instigators were Mike Greentree, Laurie  Andrew, and Dick Devenport. Bruce Heggie and Ken Greenhalgh were included in early  discussions because of their association with the informal, and effectively defunct, Marlin Malibu group (non-incorporated  association). Other people who expressed an interest included: Cazza. Rhys Williams, Bob Kirby,  Phil Shoer, Wayne Hopkins,  Richard Collins, Mark Rabbidge and Terry Glass. An initial meeting of 16 longboarders was held at (now) HQ on 10 March 2003  to gauge interest at forming a club. With their general agreement to proceed, Mike Greentree initiated the  administrative actions needed to create an incorporated association.

The name Mollymook Longboarders was agreed as the name for the club at this meeting. Of interest perhaps is that another name proposed was the “10th Hole Longboard Club. A second meeting was held on 18 March to elect an interim Committee, and to discuss progress and other matters, including the club name and a club logo. Richard Collins who is a professional cartoonist, and a foundation member agreed to  design the logo, There was agreement that the logo should be unique, and should not include anything that might indicate preference for any sponsor. Richard was also asked at the 18 March meeting whether he could design a logo for the Charity Classic, which the interim committee had agreed to take over from the previous organiser. Similar to the club logo, Richard was asked to design something unique with no reference to a sponsor. Both logos were approved by members after the first club contest in July 2003. At the 2003 AGM it was unanimously agreed that the club should supply a polo shirt to new members as part of the joining fee, and that the colour should be royal blue with the club logo embroidered, and that the shirt would be the “uniform” to be worn at appropriate events to identify club members.

The club logo is unique in that it incorporates, in caricature  but readily identifiable, local features: golfcourse reef  location (HQ); Ulladulla lighthouse that can be seen from the  line-up at HQ; and, the Mollymawk albatross (two main species: Black Browed and Yellow Nosed) that we see frequently when out surfing locally and from which Mollymook (supposedly) gained it’s name. The logo is clearly hand drawn.

The Charity Classic logo is also unique; after 15 years there is almost no need to have  “Mollymook Charity Classic” on the logo because it is so unique. It is clear that the design is a longboard rider performing a traditional longboard manoeuvre that we all should wish we could emulate, and that we see lots of during the Classic (but regrettably not enough in club  contests).